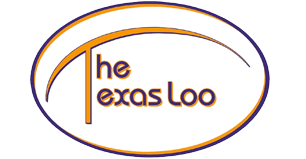 The History of Portable Toilets

If you’re ever playing a trivia game, and you’re asked when porta-potties were invented, the answer is that they were invented in the mid-1900s. But long before the "porta-potty" as we know it came on the scene, portable toilets, in one form or another, were being used for centuries.

An early type of portable toilet was the chamber pot, which was made of pewter or clay, built into a box or cabinet and covered with a lid. Sometimes the chamber pot was installed under the seat of an otherwise ordinary-looking wooden chair. The user would simply remove the lid, do their thing, and then (hopefully!) remember to put the lid back on when they were done.

This useful contraption was invented in the early 1400s and continued to be popular for hundreds of years. It was extremely portable -- you just picked up the box or the chair and carried it. This early portable toilet had many names, including “close stool,” night commode,” “toilet chair,” and “convenience.”

Fast forward to the 1940s, when a shipbuilder named George Harding wanted to improve 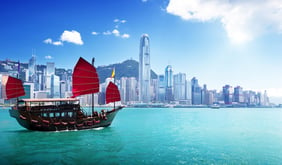 the efficiency of his crew. He realized that a lot of time was being wasted when workers had to walk all the way back to the buildings on the dock whenever they needed to use the toilet. So, he thought, instead of making the workers go to the toilets, he would bring the toilets to them.

Harding decided to build portable toilets on the ships themselves. These were heavy and awkward to move, made out of metal and wood, and they smelled pretty bad. But they served the purpose for which they were designed, and they continued to be used until a few decades later, when there was a big leap forward in portable toilet technology.

Harding, by then, was working on fiberglass boats, which were the latest thing in boat design. Being around fiberglass all the time in his day job must have inspired him because he had the bright idea of making his portable toilets in fiberglass instead of metal and wood. This worked well in some ways, but not in others. The fiberglass was nice and light, making it easier to move the toilets around. However, fiberglass was fragile and easily breakable and, unfortunately, it retained odors.

A Change You Can Smell

The next big step in porta-potty technology was the invention of deodorizers to control the smell, making the use of portable toilets far more pleasant, and the move to making the portable toilets out of plastic, which was even lighter than fiberglass and also more durable.

And so the modern relief stations was born. As the years went by, portable restroom designs continued to improve. Today’s portable restrooms are a far cry from the early portable toilets in a box. The portable luxury restroom trailers that you can rent from The Texas Loo are attractive, comfortable, clean, well-maintained, and luxurious. They are a welcome amenity to offer the guests at your next event in Texas, Oklahoma, or Louisiana.

Reserve a luxury mobile restroom trailer for your event today. Request a Quote

The Texas Loo provides services throughout Texas, Louisiana and Oklahoma